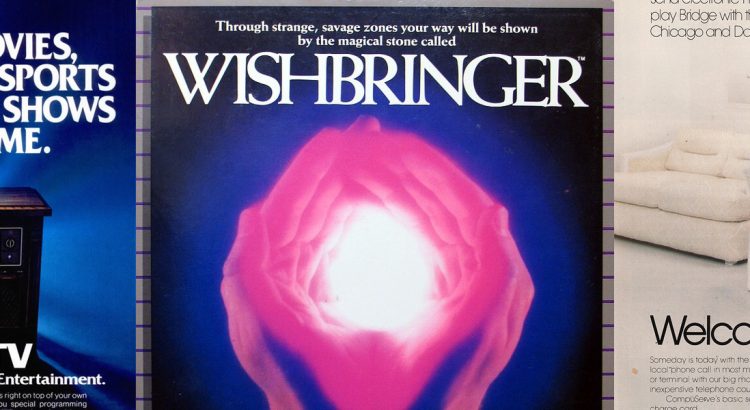 I absolutely love everything about the 80s – probably because I was a kid throughout the entire decade. The 80s were about fun, play, imagination, exploration, primitive video game systems we thought were cutting edge at the time,  and endless Summer days full of excitement. However, most people I know who were adults at the time don’t remember the decade with such fondness.  Childhood is a great insulator against reality!

Anyway, one thing that can be agreed upon, is that the design standards of the 80s were gaudy, loud, bold, flashy… in one word, awesome. Print was still king; as cable TV was slowly gaining a foothold across America, and the internet was the stuff of fantasy. Huge display type typically led the ad, post-modernized images of idealized life in the 80s filled it out, and the columns of body text so prevalent in the 60s and 70s was starting to get paired down somewhat, in favor of flashier imagery.

I stumbled across an incredible website, and lost a couple of hours just digging deeper into it. FontsInUse.com is a virtual museum of type in advertising through the ages, and is painstakingly categorized for pretty much anything you want to search for. A simple search for “1980s” revealed the treasure trove of awesome I was looking for.

As a lover of type, I was in font nerd heaven. So many great fonts, all pretty much sidelined and forgotten in the dustbin of graphic design history. It’s clear that typeface is what really gave 80s advertising its unique, in-your-face flair.

Some very well known brands of the time, and even today, built their trademarks upon the same typefaces. It’s something that goes unconsidered until you see them side by side. A popular culprit of the day was Motter Tektura. While the font’s name is meaningless to you – unless you are the king of font nerds everywhere, you are no doubt familiar with its look if you spent any time in the 80s. Motter Tektura was created by Austrian designer Othmar Motter of Vorarlberger Graphik in 1975. According to FontsInUse.com, Motter has promised us an authorized digital version of this classic typeface with the help of Jan Kammann; but as of this year, we’re still waiting.

Arguably, well known type foundry International Typeface Corporation (ITC) owned type in the 70s and 80s. ITC hit the scene as a pioneer in type, and 80s advertising was replete with its Modern or Didone serif styles (more on Modern or Didone type style here). Serifs were the order of the day. Signature typefaces such as ITC Bodoni Seventy-Two, ITC Tiffany, and ITC Korinna possess an elegant feel that contrasted well against flashy 80s ad backdrops.

ITC’s contributions to the “Decade of Excess” however, were in no way limited to Modern serifs. Plenty of fun Transitional, Humanist, and sans serif ITC typefaces such as Friz Quadrata and Kabel Black made their way into print everywhere as well. FontsInUse.com gives us a wonderful collection of ITC typefaces in use across the spectrum.

Do you love type as much as I do? I don’t know what it says about the excitement in my life (or lack thereof) that exploring typefaces through particular decades is such a blast for me, but I’ll take it. We’ll take a look at some other time periods in the future as well, and explore not only type, but the ads themselves.

Let me know what you think in the comments below!

Speak into the Microphone