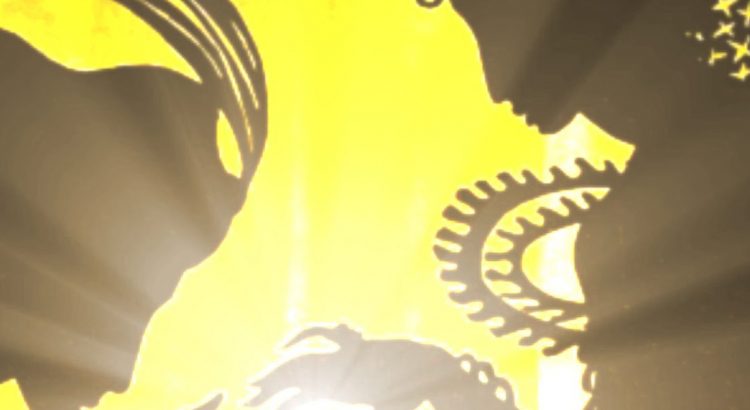 Around here, we love vintage media. Whether it’s taking a look at cringeworthy advertising that would be banned today (yikes!), or classic restaurant and drugstore branding, we at FadedRadio.com just can’t get enough!

Today, big names such as Disney and Pixar are widely recognized, and synonymous with modern animation. We marvel at the lifelike quality of many animated films that become instant classics.

Film animation has come a long way since it was first introduced right around the turn of the 20th century. Early animators such as J. Stuart Blackton, Emile Cohl, and Winsor McCay wowed audiences with their animation techniques.

Below we’ll take a look at 5 groundbreaking examples of early animation that paved the way for the modern form we all know and love today.

Humorous Phases of Funny Faces was released in 1906, and is generally considered the first film animation to appear on standard picture film. The film initially features the artist’s hands drawing on a chalkboard, but then changes to using both a stop-motion and a cutout style of animation.

Watch the short film below.

Fantasmagorie is among one of the earliest examples of traditional hand-drawn animation. Many film historians consider it to be the first animated cartoon. Cohl and other early animators were known to borrow some techniques from one of the pioneers of early film technique, Georges Méliès.

Gertie went on to inspire the work of the next generation of future animators, including Walt Disney himself.

4. The Adventures of Prince Achmed, 1926, by Lotte Reiniger

The Adventures of Prince Achmed is known as the oldest surviving feature-length animated film. It is a beautifully constructed example of cutout animation. The story is based on middle eastern folk tales, specifically those found in the One Thousand and One Nights, a collection of Arabic folklore.

Enjoy this short clip from the film below.

In 1932, Walt Disney produced the first commercially released film in the three-strip Technicolor process. The animated film was titled Flowers and Trees, and was both a commercial and critical success.

The film was initially being produced in black and white, until the three-strip Technicolor process was invented. Being the brilliant forward thinker that he was, Walt Disney ordered the film to be remade using the color process. This forced the production to go over budget, and threatened to financially ruin the fledgling company. However, the release was such a commercial success, that profits from its release more than made up for the budget overrun.

Enjoy this clip below.

For more on this topic, Smashing Magazine has a great in-depth writeup on film design and vintage animation you should definitely check out.

We hope you enjoyed this tiny tour of animated film history. Please follow Faded Radio and share our content so we can bring you more vintage media!

Speak into the Microphone